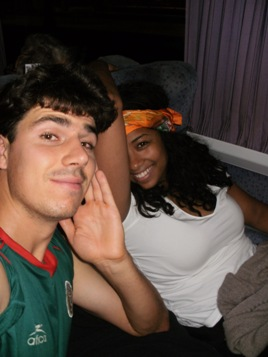 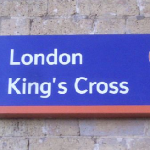 Things started poorly.   Beneath a gloomy London sky at King’s Cross Station, my fiancée and I (see our Engagement Story Parts 1 & 2) boarded the Caledonia Sleeper  for Inverness, the Scottish Highlands’ largest city. Bijani had mapped a triangular tour of the region by train and bus, incorporating Loch Ness, the United Kingdom’s tallest mountain and many, many things Harry Potter.

Fun? Sure. Affordable? Probably not. Early on there was tension: if nine years together had demonstrated anything, it would be the futility of lobbying me to “splurge” on a sleeping berth, and she didn’t even try. But my future wife clearly wasn’t keen on the half-empty railcar and reclining chairs we settled into, premade salami sandwiches in hand. 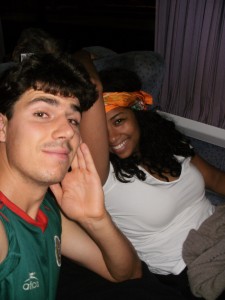 The situation didn’t improve. Near the end of our journey I awoke to a man shouting at his phone, “Yeah, Mate. I’ve been sitting next to a convicted murderer since Perth. Just introduced himself. Had his daughter with him. He was all right, but…”

I closed my eyes. When seats don’t actually recline and railcar temperatures fluctuate between steam-room sweaty and walk-in-freezer, murder seems less disturbing. For nine hours I’d questioned the wisdom of saving $20 to the point where my core beliefs faltered.

As the train rambled into the unofficial Highland capital, I prepared for a wonderful time in Scotland, home of my ancestors, at whatever price—within reason. 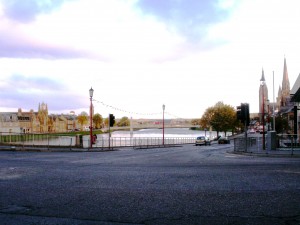 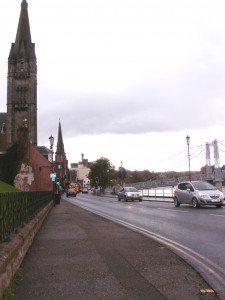 A city by population, Inverness (meaning “Mouth of the River Ness”) charms like a slightly stern European village. Inverness Castle, the modern day incarnation of a former Pictish stronghold, overlooks the city center from a small hill, while the Ness’ clean, industrious waters divide a picturesque downtown. Its main thoroughfares are appealingly cluttered with church steeples and stone buildings, many of which border an idyllic pedestrian mall. 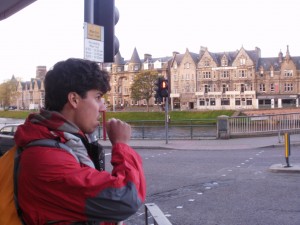 This was my kind of place.

“Does my Scotch ancestry explain why I’m so cheap?” I asked as we walked the empty mall toward our hostel.

“I don’t think there’s any question.”

She laughed, though some resentment lingered in her voice. She’s still upset we’ve seen every breath in our London apartment this winter because I insist layers are more cost effective than heating, microwaves are luxury items for the upper classes and an authentic Dickensian experience will advance her literature studies.

Working back toward her good graces, I requested a private room at the BazPackers Inn,  a cozy site across from Inverness Castle, for $10 extra. Seated on a warm bed, we unloaded our stuff, took inventory and prepared for a full day of exploration.

…To Be Continued in Part II: Inverness to Loch Ness

To date, EntertainingYourself.com has had visitors from over 100 countries on 6 continents around the world (still nobody from Antarctica – but hope springs eternal). We LOVE it and WELCOME all of you! Thanks for stopping by and ENTERTAINING YOURSELF with us.
The Perfect Temperature or: Cravings in a Foreign Land