Martin has been with EY from the beginning, bringing the site from idea to reality.   A non-traditional mover and shaker, Martin has a ridiculous knack for getting other people inspired and involved, even when he’s not trying!  You’ll find him all over the globe in places like New Zealand, Scotland, China, Mexico and Kenya, not to mention his seemingly endless coast to coast travel in the US.   He has called Los Angeles, Minneapolis, Colorado Springs and Cleveland home, but none can claim him! 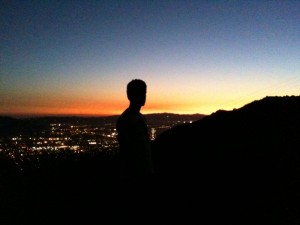 EY: Where are you going on your next trip?

I will be going with Alex, a friend from college, to make a film with and on the Kenyan runners that I lived with a few years ago.  It’s personally an exciting trip for many reasons.  For one, when I was there before, I promised many people I met that I would be back – I didn’t know when, how or for what reason, but my time there felt important and I knew I would want to return.  Second, this will be my first time trying to make a full length film and while I know there will be many challenges ahead, it feels like the right time to give it a go.

EY UPDATE:  May 2011 – Martin is currently in Kenya running and filming a documentary entitled: “Where Dreams Don’t Fade.”   Martin reports: “OH – also HUGE and funny news:  on our way back from a meet, we were in the van in Eldoret waiting for some runners, when all of a sudden who do I see walking right past us?? ELISHA! I opened the window and shouted to him and he comes over, pretty surprised.  We only had a few seconds to talk, but I found out he was only in Eldoret for the day and was heading back to his home town.  Wild!”  Talk about Chance Encounters of a Good Kind!

Tweets by @FORDAFUNOFIT
Scroll to top