When EY was finally ready to launch our site, it was due in large part to Will Kennedy’s offbeat and entertaining stories. Who knew that you could not only raise and milk Miniature Goats for the fun of it, but you could also ensure their 24 hour security by bringing in a Llama? A citizen of the world, Will currently resides with his fiancé Bijani in a flat (with no heat) in London England. 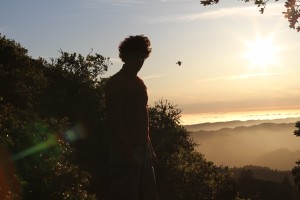 EY: You have so many fascinating experiences and quirky tales. What can EY readers expect to see next from you?

Will: I’ve got a trip to Scotland to discuss and I want to write about life in London. Also, if you did a contest for writing about the slowest run in a foreign country, I think I could have easily won with any one of my recent efforts, but I will rack my brain for a nice lively piece about running abroad.

Will: Bijani and I both loved having Martin stay with us. He and I got to explore the city a bit and he actually introduced me to some new parts of London, which was a lot of fun. We also had some interesting conversations and brainstorming sessions about EY.

Tweets by @FORDAFUNOFIT
Scroll to top