Not Such a Bad Seed

After becoming settled in my new apartment at Kent State University, I drove to the local Giant Eagle to stock up on some cliché college food and caffeine. When walking up and down aisles in search of chocolate for some much needed brownies, a box caught my eye: Roasted and Salted Pepitas. I picked up the container, read the label, and could not figure out what on earth I was holding. While I usually would have placed the item back down and continued to search for chocolate, I decided to buy the inexpensive container and find a recipe for the unusual food.

I got back to my apartment and searched the Internet for an explanation of pepitas. After a few minutes of Googling I found out that they are the seeds of a pumpkin or squash and often used in cooking or even just eaten as a snack. I came across a recipe for Pepita Salad and after reading over it, I decided to put my brownies on hold and give it a try. 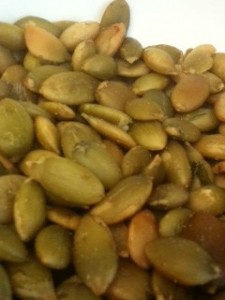 For the salad I used:

First, I washed and chopped the cilantro, placed it in a medium sized bowl, and added 1/3 cup of the pepitas.

I then peeled and diced the garlic, squeezed the lemon juice, and chopped the chile pepper. I combined these ingredients with the cilantro and pepitas and added the olive oil and Parmesan cheese to the mixture. 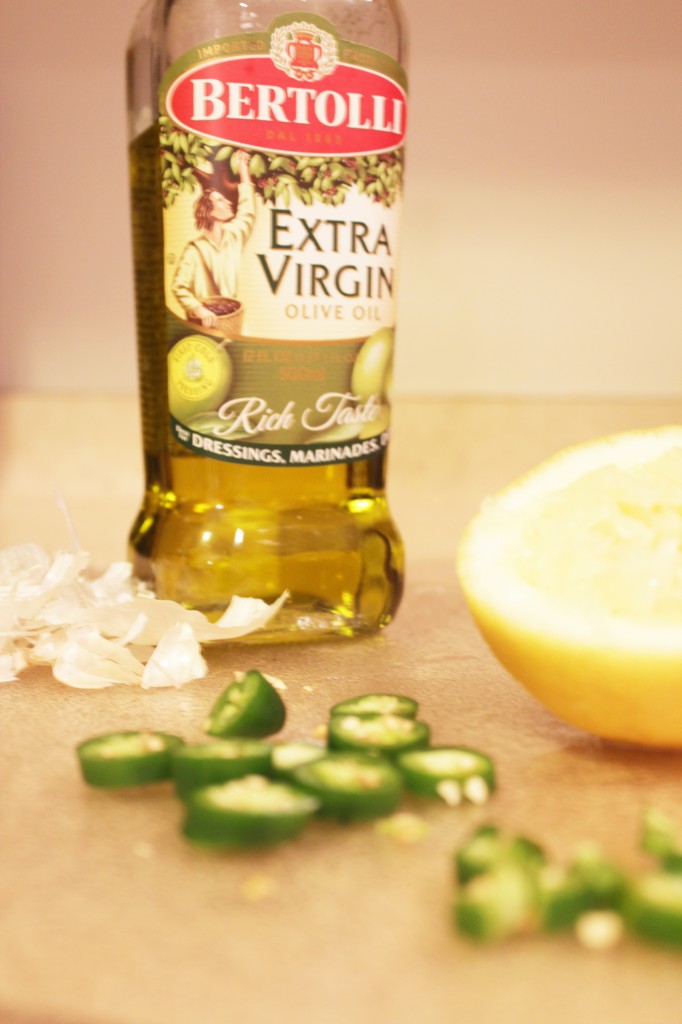 In a large bowl I tossed the lettuce, remaining pepitas, and ingredients from the medium bowl until everything was fully coated. I then added the cooked split peas to the salad and tossed everything again. To cook the split peas, I brought six cups of water to a boil, added two cups of split peas, and cooked for 20-30 minutes. I then drained the peas and added salt to taste.

I made myself a plate, sat down, and enjoyed! 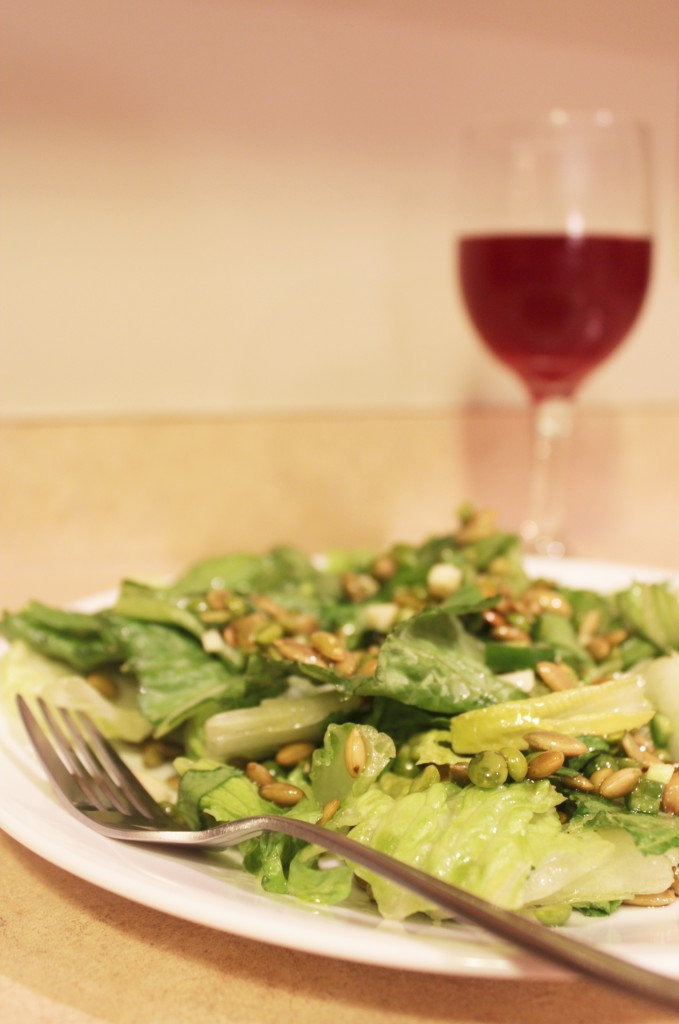 To date, EntertainingYourself.com has had visitors from over 100 countries on 6 continents around the world (still nobody from Antarctica – but hope springs eternal). We LOVE it and WELCOME all of you! Thanks for stopping by and ENTERTAINING YOURSELF with us.
Featured EY Contributor: Kerry Butler

How to Pass the Time While Stuck in L.A. Traffic
Scroll to top