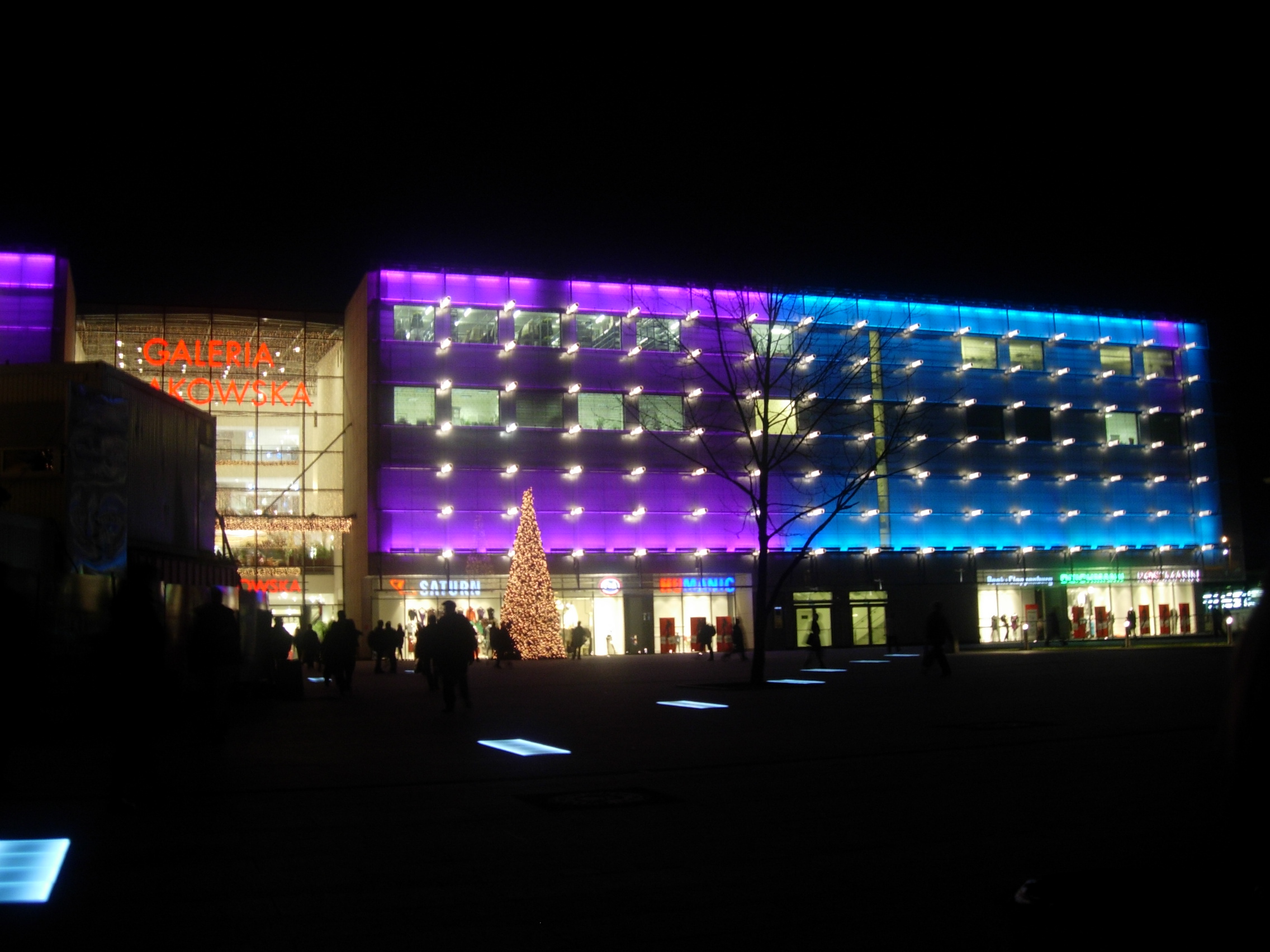 …A short story by Megan Ritchie

Afterward, Agnieska would say it was God’s miracle.

“It was the most beautiful place I had ever seen,” she’d tell her friend, Marta, and in saying so, she’d straighten her head kerchief—she meant it. Then, she would walk the two and a half blocks to church and thank Jesus for creating such beauty and splendor, for allowing her to see this miracle of clean glass, and polished marble, and doors that somehow slid open without any sign of knobs or hinges.

But before she walked into the Galleria Krakowska and blinked in the fluorescent sunshine, Agnieska was afraid.

On the rocking train, she fiddled with her green beaded rosary and consulted her crinkled, damp timetable every few moments. It was not as if she had never been on a train—this was, after all, her third ride—but she had never before traveled alone and never for so long and so far.

Four stops later, after the train had pulled up to the platform in Krakow Glowny, the white-haired porter—a spitting image of her cousin, Edward, who had moved to Belgium just after the war—handed down her patched navy blue suitcase. Then he bid her farewell, touching two fingers to the brim of his hat, and she turned to the matter at hand.

The blue-and-white signs tugged her along in the direction of Rynek Glowny, and out into a large, cement-paved square. Agnieska looked at the smudged face of her wristwatch—a quarter to eleven. At half past, she was to meet Pan Gorecki, a lawyer with Gorecki & Makowski, Ltd.

Agnieska settled herself on a cold marble bench and pulled out the worn letter. She read, the Polish words dancing across the page:

“It has come to our firm’s attention that you may have claim to several plots of land some 23 km outside of Tarnow. In accordance with current re-privatization laws, if you can produce evidence of your parents having lived and owned such land, you will be its legal owner.

“If at all possible, we request most cordially that you come to our Krakow branch to discuss this matter. We represent a land development company, R&R Builders. They have expressed interest in your property, and we would like to make you an offer to purchase it.

“Please feel free to contact me if you should have any questions at (012) 457 328 or by e-mail at gorecki@goreckiltd.pl.

Agnieska finished the letter and folded it twice before placing it once again in her front right pocket.

She looked around her, half expecting Pan Gorecki to come up to her, forty-five minutes early, and present her with a large check and keys to a glittering new automobile—it felt as if she had won the lottery, in receiving such a letter.

Instead, what caught her attention was the large, glittering structure to the left of the train station. “Krakowia Galleria” proud letters proclaimed across its front. Glancing at her watch once again, she decided she had time to buy a few souvenirs before meeting up with the lawyer.

So, Agnieska stood up from the cold marble bench and walked toward the mall. The first thing that struck her was the music: a young woman, screaming harshly, her f’s and t’s gyrating in a language that certainly was not Polish. Was that English?

“No matter,” Agnieska decided, as she neared the mall. The doors slid open in front of her without a touch and Agnieska stopped short.

“Boże!”[1] she exclaimed as a young couple stepped past her, eyeing her faded head kerchief and patched suitcase. She stepped forward cautiously. The door did not move. Pausing every few steps, Agnieska inched her way into the mall.

And as she looked around, everywhere was light! Color! Glass! So much glass!

The floors were scrubbed a perfect white, so clean that Agnieska could see a glint of herself when she peered down. There were stairs, many many stairs, but somehow, they were, why, they were moving! Just as the door had.

Agnieska paused, and, without hesitating, crossed herself twice. She then began to explore. The lady, after all, was no stranger to a market place, and she quickly decided that, save the miraculous moving stairs and the glinting lights overhead, this mall was no different than the Saturday antique market back home.

She quickly determined that she would need to purchase something for her friend, Marta.

She smiled slightly at the humbled look that was sure to cross her friend’s face and tucked a stray lock of gray hair under her kerchief. So, with that thought of such disbelief, gratitude, and, yes, even a little jealousy, all sketched in Marta’s wrinkled features pushing her along, Agnieska set off for something fit for her friend’s kitchen. She still paused every few moments to take in the three headless mannequins modeling blue jeans to her right and the plush square sofas at the coffee shop on her left.

She came upon “_______,” which, with yellow banners splashing along its windows, screamed of its huge clearance sale. Agnieska was intrigued. She shuffled in, and began poking at the various bowls and stirring spoons she encountered. Finally, there it was: the perfect gift—a multi-purpose, two-toned, eight-speed food processor.

Although Agnieska had seen such gadgets flickering in advertisements across her television set on the evenings as she scrubbed her kitchen stove, she had never before held one in her hands. The TV itself had been enough of an achievement. Eight or nine years earlier, her nephew had brought it down from Warsaw. He had placed it carefully on its fake wooden stand, plugging it in, after a spark or two, to the side of the wall.

But here was something different.

Agnieska stood, her feet unmoving, her hands getting slightly clammy with excitement, reading the features on the back of the box. “Self-cleaning,” “stainless steel,” and “four interchangeable blades” threw themselves off the cardboard in sleek Polish phrases and bold type, and were all greedily consumed by Agnieska’s eyes.

Her breath began to quicken. It was wonderful.

She carefully pulled a white-and-red specimen off the shelf and walked up to the register, eying her watch as she did so: A quarter after eleven.

“Hullo,” said the cashier, a sallow faced youngster with rather bad skin and hair sticking up at peculiar angles.

“Good day,” replied Agnieska. She hesitated a moment at the moving conveyor belt in front of her, before she set down the box, the most impressive food processor clinking slightly within.

She winced slightly at the price. Her bank account would not forgive that many zloty easily, but she rationalized that for a gift that would cause Marta to turn a particularly satisfying shade of pink—How could she, Marta, ever dream of topping such a present for Agnieska’s name day, after all?—was worth it. Besides, after meeting with Pan Gorecki, she was bound to forget the whole matter of money entirely.

She slid the wrinkled bills across to the young man, he popped the box into a crinkling green plastic bag, and the whole matter was done. She headed for the door.

Agnieska felt her heart pull at her neatly buttoned shirt. Her eyes squeezed shut and her hands shot to her ears.  In doing so, her suitcase sailed out of her right hand, and the green plastic bag out of her left.

Suddenly, Agnieska was back in her parent’s old farmhouse, destroyed more than half a century earlier. The chickens in the yard hadn’t been cooped up, and the dog was barking something terrible. She and her parents were tucked under their wooden oak table, holding onto each other, as they heard the most atrocious of sounds: gunshots firing over and over; shrieks and wails from so many voices; and always, always, that pervasive siren. Tanks were crashing along the road some 400 meters from their home, pushing their way through decades-old forest. Agnieska sat on the rough hewn floor and shivered, squeezing her eyes shut, and clapping her hands to her ears. It made no difference; she could still hear the sirens through her fingers.

Her father had been shot that night. Three German soldiers, stopping for a drink of water, had thought he looked too Slavic.

Still in the mall, Agnieska did not stop to retrieve suitcase or blender. She knew only that she had to escape that noise.  She began to sprint, her two old legs knocking at the knees, out of the store, and then, barely pausing for the doors to slide open, out of the mall.

There, the train station was there, on her left, still standing, resolute.

Although her breath was coming out in three-tone wheezes, Agnieska hardly lessened her pace. That siren, she could still hear it, somehow, back there, in the mall. She hastily consulted the departure schedule.  Seeing that a train left from platform four for Wroclaw, in a mere two minutes, she galloped, her hips and knees screaming, up the stairs to the platform and onto the train.

Afterward, Agnieska would write a letter to Pan Gorecki. She would explain that she had not been able to make the trip, that it was too long, and that he should send along the documents, for her and her nephew to consult at home.

But to Marta, she would speak only of the mall.

She would say: “Traveling all that way? Why, to see such a miracle, I would gladly go again,” before leaning back into the creaky oak chair and taking a sip of lemon tea. Marta, for her part, would shake her head—“How is this possible?”—before crossing herself. And both women, tea in hand, would rock quietly away at the fireplace, blinking in the setting sun.

[1] A colloquial phrase in Polish, roughly translated as “My God!” 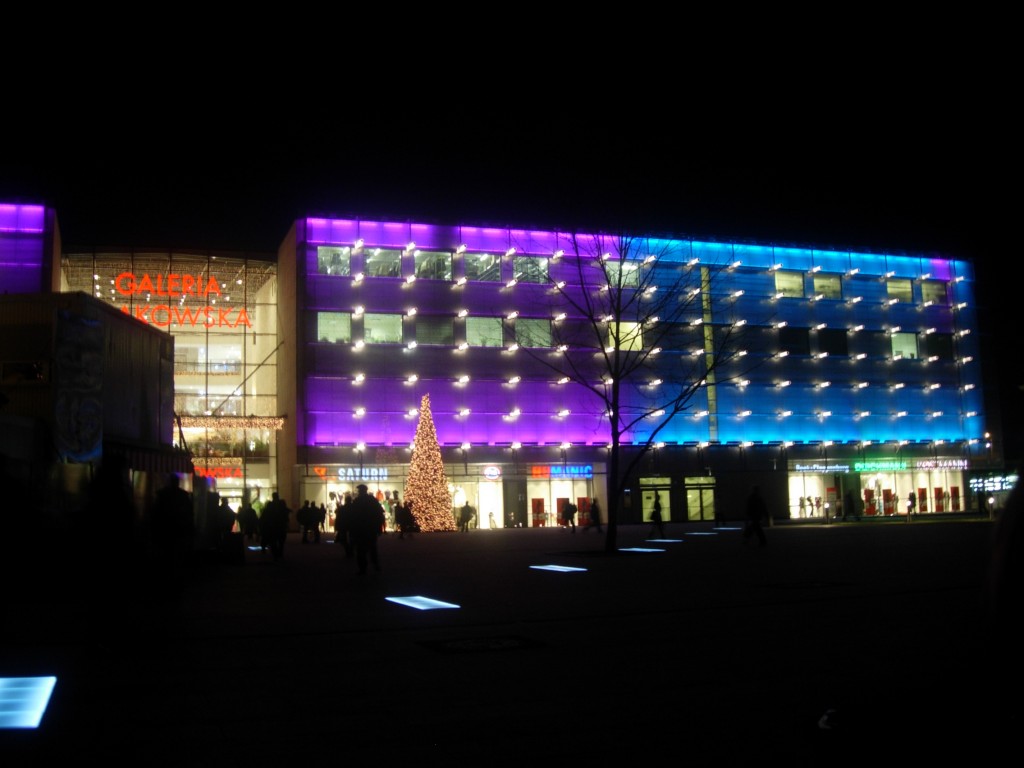 For more on Poland, see these articles by Megan:

The World Really Is Flat
2 replies

To date, EntertainingYourself.com has had visitors from over 100 countries on 6 continents around the world (still nobody from Antarctica – but hope springs eternal). We LOVE it and WELCOME all of you! Thanks for stopping by and ENTERTAINING YOURSELF with us.
EY Travel Tips: Shanghai