You are here: Home / hip hobbies

Cacti and succulent plants thrive in sunny, dry climates and come in a huge variety of shapes and sizes. These plants can be a great introduction to container gardens, which add something a little special to any outdoor (or even indoor!) space, such as a front step, apartment balcony, back patio, you name it. Here are a few tips about succulent gardens to help you discover your green thumb: 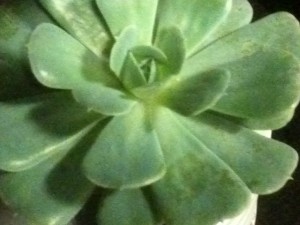 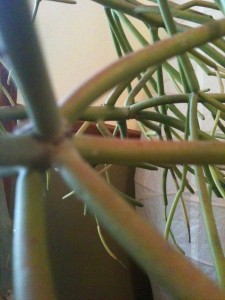 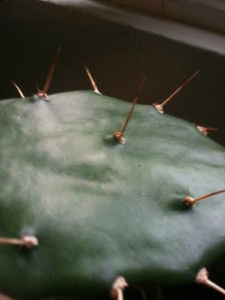 Succulents and cacti need dirt that’s classified as “fast drain” because they have roots that are not fans of being kept in moist soil. You can find it at your local garden store, just make sure it’s marked “cactus dirt” and you should be good to go.  Or, if you’re particularly ambitious, you can make your own cactus dirt – there’s a how-to video with a recipe here.

Not only do you want to find a pot that’s nice to look at (it is, after all, a big part of your garden) but make sure it has a big hole in the bottom so it will drain when you water your garden, instead of pooling at the bottom. Excess water that gets stuck in the bottom of a pot can cause the roots of your plants to rot, so this point is extra important.

Now, the fun part: plant shopping! The interesting thing about succulents is they’re found in all areas of the world, and so you can mix and match. In my latest succulent pot, I have plants from Morocco, Tanzania, and Australia, all mixed together – it’s like a botanical world tour! What makes an interesting succulent container garden, in my opinion, is a variety of heights, leaf shapes, and colors, so don’t be afraid to get picky (even if it takes so long that not just one, but THREE, Home Depot Garden Center employees come up to you over the course of your shopping trip to ask, “Do you need any help, miss?” like, uh, the author of this article..). 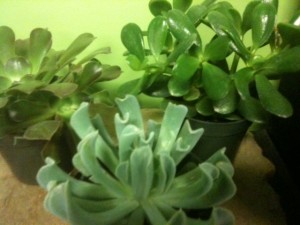 Now that you have picked out your plants, make sure they have lots of room to spread out and leaf out. I suggest at least an inch width around each of your small plants when you first plant in order to give them plenty of space to grow and fill out your container garden…or, if you got overly ambitious, container gardens.

Yep, even cacti like a good drink! Don’t forget to water your succulents about 1-2 times a week. Depending on the size of your garden, you can simply put the whole container under a tap and let the water flow over the garden until it begins to drain out the bottom of the pot (for about fifteen seconds). As long as you have the right soil and pot, your plants will thank you for remembering them (but probably forgive you if you forget them every once and a while. That’s the nice part about these guys.). And worry not, those of you in colder climates: as long as your little succulent garden is placed in a sunny window (but not too near the cold windowpane), they can easily be wintered over indoors and enjoyed all year round. Finally, fertilize your garden at least a few times a year with a ¼ diluted garden fertilizer (especially during the summer, when your garden gets the most light). This will help your plants thrive for years to come. Good luck and happy growing! 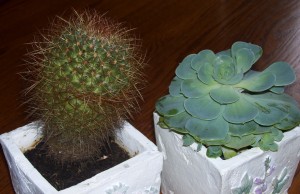 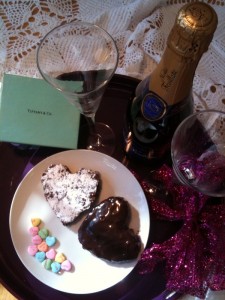 –Wish I were there

–Need to make some NOW too! 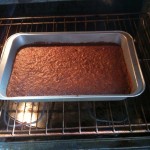 So what is it about brownies that make them so evocative?  Let’s start with the smell.   If you’ve ever baked brownies (or been in the kitchen of someone who has) the aroma is unmistakable and almost universally appreciated.  That sweet smell of cocoa lingers in your mind long after the last brownie has been gobbled up.  In fact, the smell is so appealing that in some ways, it surpasses the actual brownies themselves! (in some ways!) 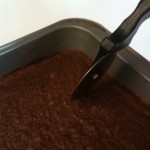 Then there is texture and style.  Brownies can be cakelike or chewy!  They can be loaded with nuts, m&m’s, caramels, marshmallows, coconut, chocolate chips, toffee, butterscotch and/or vanilla morsels, to name a few.  They can be served frosted, double frosted, powdered sugared or straight from the pan.

And they can be dressed up or down, depending on the occasion. 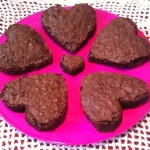 Take Valentine’s Day.  Brownies are a perfect alternative to the traditional box of chocolates.

Why?  Because they are delicious and because presumably, someone went out of their way to make them. 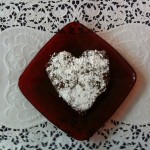 Ironically, it doesn’t take an expert baker to produce good brownies.  The best advice for novices – buy a box mix!  Pillsbury, Duncan Hines and Betty Crocker haven’t spent decades perfecting their recipes for nothing!   A couple of eggs, half cup of oil, quarter cup of water – good to go.  How easy is that? 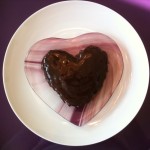 Their recipes are so fool proof that even accidentally switching the measurements for oil and water still yielded tasty (not to mention low fat) brownies! (hey – not necessarily recommending it – just sayin’!) 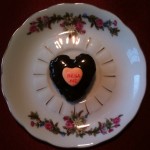 Load them up with goodies; suddenly they become “gourmet.”  Decorate them with colorful candies, like hearts for Valentine’s Day, and voila – instant holiday fare.  Get creative: avant garde artiste.   Few foods offer so much opportunity for this kind of freedom and still come out delicious.

Given the assignment to “bring something to share” to a party or picnic, brownies are a sure winner!  Unlike cookies, they are quick and easy to make – throw them in a pan and bake for half hour and you’re done.  And unlike their close cousin – cake – they are easy to eat. They don’t require silverware, leave many crumbs, or make fingers sticky. Even if several other people show up with brownies in hand, by the end of the night, no one is taking them home.  Plus they don’t spoil, so if by some chance they are left over after sitting out for hours, that’s just a bonus because they only get better with age (at least for the first few days after they’re baked).

That’s not to say  they can’t be served formally.  Decorate them in the pan and throw on a few candles; you’ve got a birthday cake!  Add a scoop of ice cream, a spoonful of hot fudge, caramel and/or chocolate sauce and a dollop of whipped cream, toss on a few slivered almonds and you have now created a gourmet dessert worthy of the finest restaurants.   Talk about versatile! 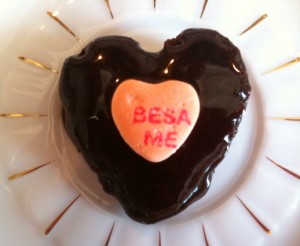 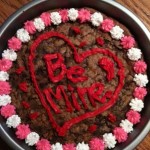 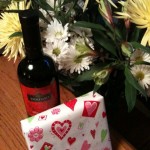 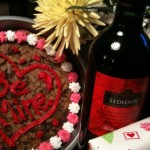