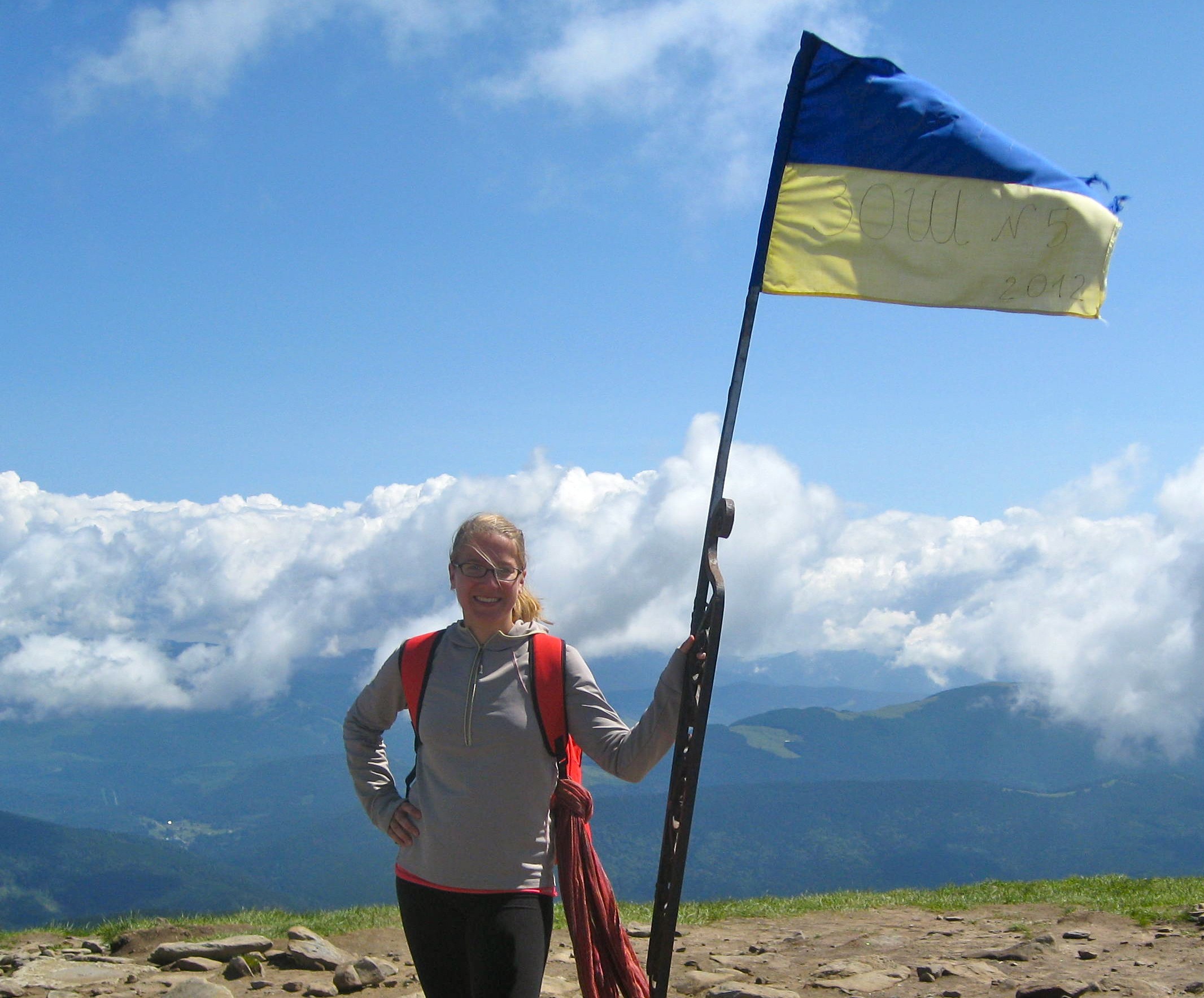 Two years ago, did you think you would be doing what you are currently doing, or heading where you are about to be heading? I certainly didn’t…

In September 2010 I arrived in Ukraine and was plunked down in a 2,000-person village to live with a host family and study Ukrainian for three intense months alongside four other Peace Corps Trainees. We became full-fledged Volunteers in December 2010 upon successfully completing – some say surviving – Pre-Service Training (PST).

Living with Ukrainian host parents who spoke no English – and not even pure Ukrainian – was often stressful. I felt like a grown-up baby for the first few (or more) weeks of PST: even though I kicked butt at “slap-the-correct-word” vocabulary games in Ukrainian class, I still had to painstakingly search for, write down, and memorize simple sentences before being able to ask my host mom if I could please do laundry.

PST was like climbing Mt. Hoverla, the highest mountain in the Ukrainian Carpathians

Fast forward to today, more than two years later. Now I speak Ukrainian well; my challenge lies not in communicating in day-to-day situations but in finding a way to express to my Ukrainian friends, colleagues, and students how much they have meant to me over the past two years.

With my departure looming, many daily exchanges pan out like this:

“Isn’t it too bad that you’re leaving? Won’t you miss it here?”

“Yes, I’ll miss it a lot. It has been wonderful to live and work here for two years.”

“But you could just stay!”

If only it were that simple.

Perhaps I could stay, and I probably would have stayed, if life hadn’t pointed me in a new direction: toward London.

I didn’t expect to be moving to London after the Peace Corps but I am thrilled to be doing so and look forward to continuing my adventures abroad. Life takes us in interesting directions, doesn’t it?

But let’s return to Ukraine for a moment.

Two years have been more than enough time for this country – its people, culture, language, and cuisine – to work its way into my heart, and it will probably stay there. From now on my head will whip around every time I hear someone speaking a Slavic language, hoping that it’s Ukrainian and that I’ll be able to strike up a conversation, or at least offer a “dobryy den” and a smile. I will order borscht every time I see it on a restaurant menu. I’ll probably end up thinking to myself, “Mama Anya’s borscht was way better than this.”

(My borscht is pretty darn good, too)

Ukraine has rubbed off on me, and perhaps a small piece of me will remain in this little southwestern Ukrainian town: the way that crazy American went running up and down the river in the mornings; the way I sat on the desk while teaching English lessons (a Ukrainian teacher would never do that); the way I smiled all the time and at everyone, regardless of whether I knew them personally or not.

Living abroad for over two years has expanded my perspective, and I believe that I’ve graduated from “travel enthusiast” to “citizen of the world.” I feel now as if I could make my home anywhere, and each place I live will only add to the parts of other places that I carry inside of me.

Or so I hope. Who knows what I’ll be saying in two more years? Keep up with me on EY to find out where life takes me!

The Perfect Temperature or: Cravings in a Foreign Land
1 reply

To date, EntertainingYourself.com has had visitors from over 100 countries on 6 continents around the world (still nobody from Antarctica – but hope springs eternal). We LOVE it and WELCOME all of you! Thanks for stopping by and ENTERTAINING YOURSELF with us.
How to Pass the Time While Stuck in L.A. Traffic