You are here: Home / Contributors

Contributor profiles and links to their stories!

Two years ago, did you think you would be doing what you are currently doing, or heading where you are about to be heading? I certainly didn’t…

In September 2010 I arrived in Ukraine and was plunked down in a 2,000-person village to live with a host family and study Ukrainian for three intense months alongside four other Peace Corps Trainees. We became full-fledged Volunteers in December 2010 upon successfully completing – some say surviving – Pre-Service Training (PST).

Living with Ukrainian host parents who spoke no English – and not even pure Ukrainian – was often stressful. I felt like a grown-up baby for the first few (or more) weeks of PST: even though I kicked butt at “slap-the-correct-word” vocabulary games in Ukrainian class, I still had to painstakingly search for, write down, and memorize simple sentences before being able to ask my host mom if I could please do laundry. 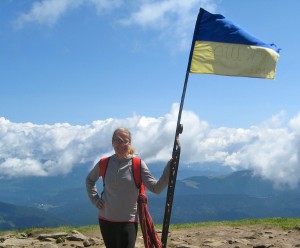 PST was like climbing Mt. Hoverla, the highest mountain in the Ukrainian Carpathians

Fast forward to today, more than two years later. Now I speak Ukrainian well; my challenge lies not in communicating in day-to-day situations but in finding a way to express to my Ukrainian friends, colleagues, and students how much they have meant to me over the past two years.

With my departure looming, many daily exchanges pan out like this:

“Isn’t it too bad that you’re leaving? Won’t you miss it here?”

“Yes, I’ll miss it a lot. It has been wonderful to live and work here for two years.”

“But you could just stay!”

If only it were that simple. 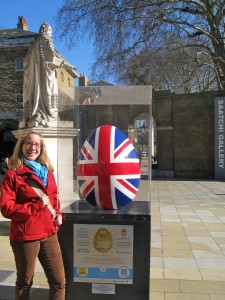 Perhaps I could stay, and I probably would have stayed, if life hadn’t pointed me in a new direction: toward London.

I didn’t expect to be moving to London after the Peace Corps but I am thrilled to be doing so and look forward to continuing my adventures abroad. Life takes us in interesting directions, doesn’t it?

But let’s return to Ukraine for a moment.

Two years have been more than enough time for this country – its people, culture, language, and cuisine – to work its way into my heart, and it will probably stay there. From now on my head will whip around every time I hear someone speaking a Slavic language, hoping that it’s Ukrainian and that I’ll be able to strike up a conversation, or at least offer a “dobryy den” and a smile. I will order borscht every time I see it on a restaurant menu. I’ll probably end up thinking to myself, “Mama Anya’s borscht was way better than this.”

(My borscht is pretty darn good, too)

Ukraine has rubbed off on me, and perhaps a small piece of me will remain in this little southwestern Ukrainian town: the way that crazy American went running up and down the river in the mornings; the way I sat on the desk while teaching English lessons (a Ukrainian teacher would never do that); the way I smiled all the time and at everyone, regardless of whether I knew them personally or not.

Living abroad for over two years has expanded my perspective, and I believe that I’ve graduated from “travel enthusiast” to “citizen of the world.” I feel now as if I could make my home anywhere, and each place I live will only add to the parts of other places that I carry inside of me.

Or so I hope. Who knows what I’ll be saying in two more years? Keep up with me on EY to find out where life takes me! 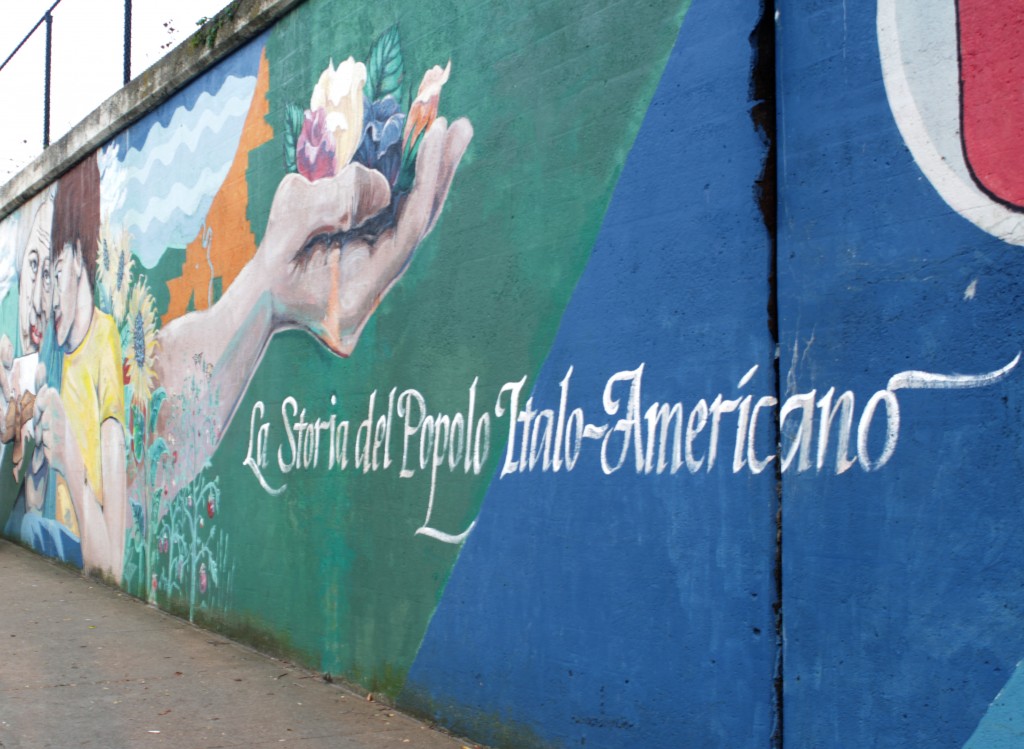 Like any other student anticipating the end of August/beginning of September time of year, I am still wondering how June, July, and August passed by so quickly. I took five courses throughout my summer break, and now that they all have come to an end, I feel as though my summer has just begun. 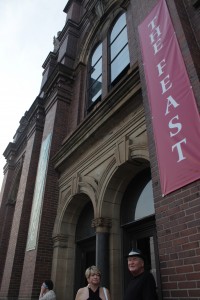 During my last few weeks of relaxation, I have been traveling to various areas throughout Cleveland to engage in a personal favorite hobby: photography. To keep a three-year tradition of mine alive, I recently attended the Feast of the Assumption in Little Italy. The Feast is an annual event that begins with a religious procession through the streets, followed by carnival rides, vendors, live music, and fireworks. The Feast amazes me. From meeting new people, experiencing a different culture, and, of course, sampling delicious Italian food, the event is far beyond entertaining. 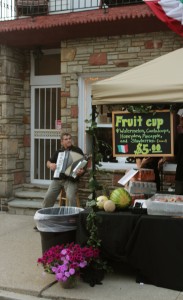 This year I decided to bring along my camera as I took a Photography course this summer and wanted to practice some of the skills that I learned throughout the five-week intensive class. Between endless pasta, pizza, and pastries, I took pictures of the colorful environment, live entertainment, and different vendors throughout the crowded streets of Little Italy. By taking pictures of different places throughout the Cleveland area, I hope to pass along not only the environment and scenery of the particular subject matter, but also give the viewer a sense of the smells throughout the area, textures, tastes, and other more descriptive characteristics not usually conveyed by the average photograph. 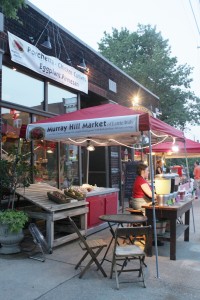 Which leads me to my central interest: I have always enjoyed being creative. Whether it was making a birthday card for a friend, helping my mom cook a new recipe, or designing collages for my bedroom, I have always demonstrated an artistic passion. I still practice all of these childhood interests today, making personalized birthday cards, cooking and baking any new recipe I can get my hands on, and designing collages, posters, and brochures for others and myself.

In a few days I will continue to practice these interests as I begin my first full semester with Kent State University. I attended John Carroll University for the past two years as a Marketing major, but after taking three Visual Communication Design (VCD) courses with Kent last summer, I decided to further pursue their program and learn more about the growing field of design. I will be working toward earning degrees in both VCD and Managerial Marketing as I hope to combine the two areas of interest and someday work as a Graphic Designer while applying business knowledge to my projects. While change terrifies me, I anticipate my transfer not as a change but more as an enriching opportunity that will allow me to finally discover all of my capabilities.

Over the course of this semester I have two expectations of myself: remain positive throughout this new experience and grow as an individual. I could not be more thrilled to begin my internship with EY and share some of my interests with a broader range of individuals. I look forward to the months to come, and I am thankful for having the courage to engage in such great opportunities. 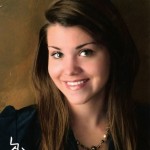 Want to see more of Kerry’s pictures from the Feast?  Check out her album posted on EY’s facebook page.