You are here: Home / Turkey 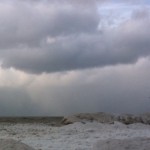 It’s winter. The colors are stark and poetic, but aside from that it’s cold and wet. In Boston, it’s been storm after storm, almost like clockwork. I have become accustomed to my car’s windshield scraper, to bringing that extra pair of shoes, to cracked cuticles and chapped lips and long underwear. 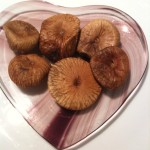 But I’ve also become accustomed to scouring my pantry, as winter is such a wonderful time to cook.  To turn down the thermostat to save on oil costs and turn on the oven as the back-up heating source. What has the pantry uncovered? Figs. Beautiful and versatile, dried figs have seduced me. And not just me – figs are believed to be the first plant ever cultivated by humans.

The best dried figs I ever tasted came from a spice market in Istanbul, Turkey.

An old man with white hair and a tattered blazer was selling them by the box. Unlike the other vendors at the spice market who had stands and/or shops brimming with every sort of spice and dried fruit you could imagine heaped into colorful piles, this man was only selling figs. Maybe illegally. I bought a box of these figs for five Turkish Lira, about three US dollars; it weighed about two pounds and contained the largest most beautiful dried figs I’ve ever laid eyes on. As the day wore on and my friend Samantha and I walked around the buzzing, intricate streets of Istanbul, we snacked on these figs, letting their honey-like stickiness cover our fingers. They had the distinct nutty crunch which comes from the seeds of the fruit, made possible by the special fig wasp who coevolved with the fig over millions of years.

I became so enamored with the figs I even tried to justify going back to the market and buying ten more boxes to ship home. But Sam talked me out of it, fortunately.

Because while these Turkish figs, of the Smyrna variety, were amazing, you can find pretty good figs back home on US soil. California figs are good. Look for a variety called “Calimyrna figs” which is a relative of the Smyrna fig. Calimyrna figs are quite large when fresh, and, if dried properly, retain a lot of flavor. 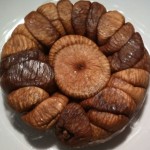 The flavor of a dried fig, like many dried fruits, is that distinct sweetness, like a brown sugar, and a nuttiness, like that of toasted almonds or pecans. A fresh fig, albeit hard to come by, is alternately slightly citrusy, with the sweetness of a fruity port. Fresh figs are a rare delicacy (at least in my corner of the Northern hemisphere) but dried figs are readily available in the dried fruit sections of most supermarkets. Sometimes they are packaged in a round, pressed together like a pinwheel, or else packaged in a long rectangular box. I usually go with the ones that feel slightly soft to the touch. The ones that get TOO dried out can be reconstituted with a little hot water, but generally aren’t as tasty.

What to do with dried figs?

There are certainly an endless number of ways you can bake with dried figs, chopping them up and putting them in muffins or tea-breads, or mashing them up and mixing them with honey and then making some delicious homemade granola. 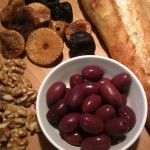 But I prefer using dried fruit in savory applications, because I think it’s more interesting. Think bacon wrapped dates or salted caramels or chocolate covered peanuts. Sweet meets salty is one of my favorite flavor combinations. Combining dried figs with cured olives is one way to accomplish this.

On a recent winter night, I recalled a recipe for tapenade my sister-in-law shared with me in Brooklyn. It’s about the least-complicated and most delicious tapenade I’ve ever tasted, and a go-to for an easy appetizer for a dinner or cocktail party. 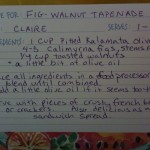 a little bit of olive oil

Place all ingredients in a food processor and blend until combined. Add a little olive oil if it seems too thick. Serve with pieces of crusty french bread or crackers. Also delicious as a sandwich spread!

Tips: If the figs feel dry and stiff, put them in a bowl with a little hot water to soften them, then chop them up.

*Best way to toast walnuts is in the toaster oven, but keep an eye on them because they’ll burn easily.

Bonus: Figs are a great source of calcium and fiber. 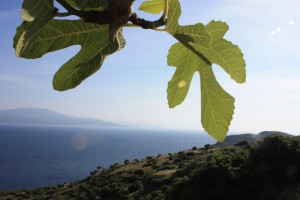