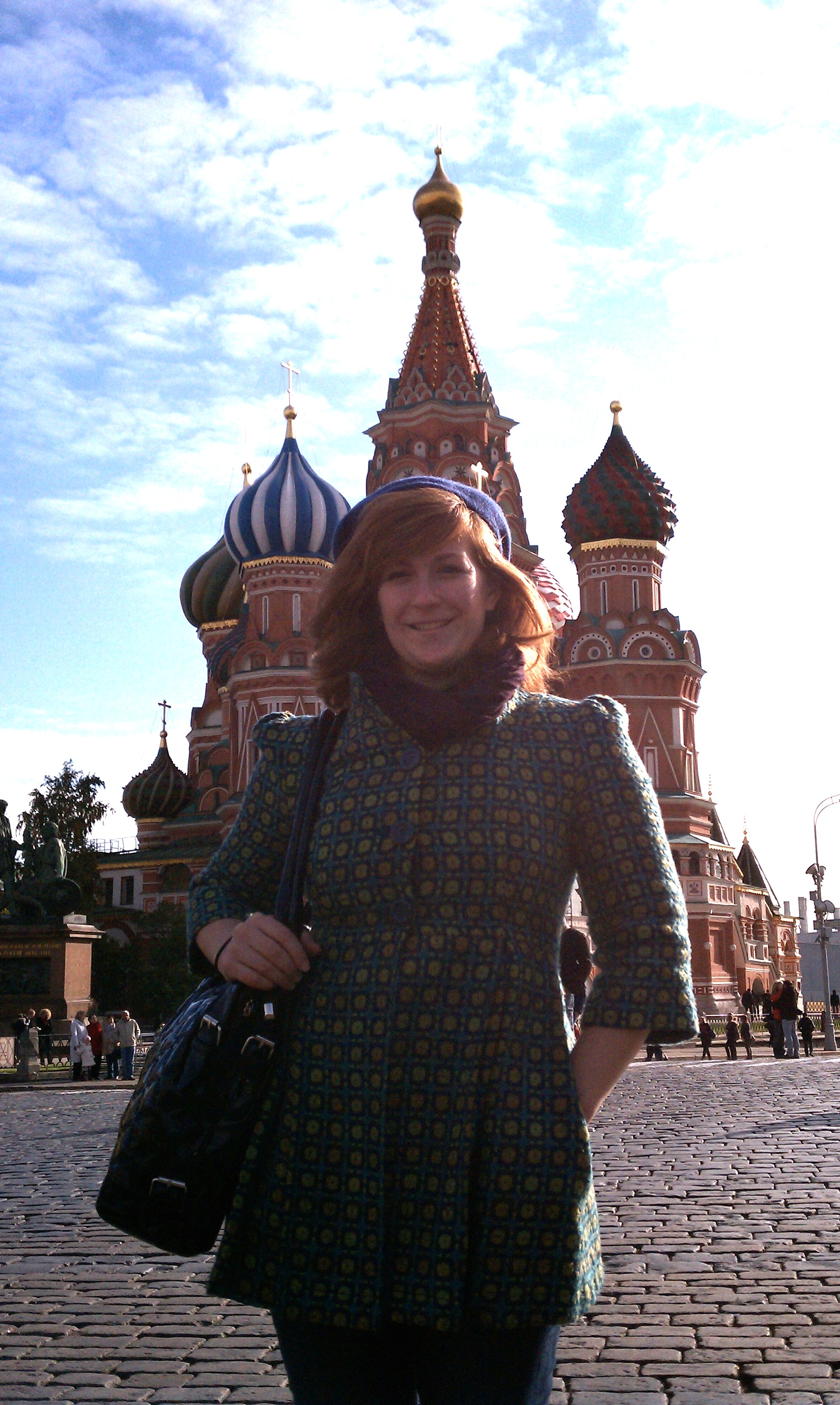 General Charles de Gaulle at the Cosmos Hotel in Moscow

The last thing I expected to see when I looked out the window of my Moscow hotel room was a ten-story statue of French General Charles de Gaulle. Lenin, maybe (in one of the three USSR-approved poses) or even a sheepish Pushkin mid-recitation, but a former French president was just not in the running. It was mid-October. We had just arrived off the overnight train from St. Petersburg and already things were off to an unexpected beginning. And from that height, staring down at the top of a French General’s head, I could hardly imagine the great depths to which I’d travel to see what I could of this famous Russian city. Almost immediately after l’introduction francaise, we got onto the elevator and went down 17 floors to the main lobby. 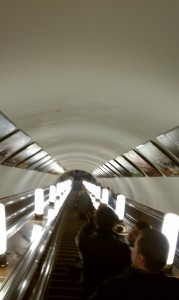 Then, we crossed the street and got onto an escalator, transported further downward into the depths of the Moscow underground. Our great descent had begun. For much of the trip, I felt like I was seeing the city from these two vantage points – a bird’s eye gaze and a strained-necked stare upward from the inner belly of the city’s metro system.

For this reason, our final sun-brilliant day walking around Red Square remains fixed in my mind as something beyond beautiful. It seemed like our first time surfacing – our first time looking out instead of up or down. And, at last, I got a sense of what it might be like to walk around this place.

Currently, I live outside of the Ukrainian city that boasts the largest square in Europe, bigger even than Red Square, as I’m often reminded. And while I’m impressed by the enormity of Liberty Square in Kharkov, there is something awe-inspiring about Red Square. Perhaps it’s because turning around in the middle of the cobbled square, you can watch history pass by. 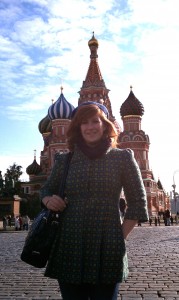 Every 45 degrees brings another example of Muscovite success: Saint Basil’s Cathedral, Gum department store, Lenin’s mausoleum and the Kremlin all zoom by on your self-guided panoramic turn. It can make a person dizzy, standing there and staring out at the long, wide expanse. It makes a person wonder what kind of people inhabited this place where every half-turn leaves you faced with yet another anachronism. Lucky for visitors, you need not look further than the bronze and iron statues that people the city to find your answer.

Much in the Soviet tradition, statues have been erected to everyone and everything here in Moscow. In New York, there’s a Starbucks on every corner; in Moscow, they build historical figures. Not only to the French General, but to war battles, Soviet heroes, composers, fishermen, astronauts, and ballet dancers. When I first moved to Eastern Europe, I didn’t quite understand this tradition. It baffled me – this vehement emphasis that was placed on not only writing about but on physically memorializing history. And not just the big, important moments, oh no. In Poltava, Ukraine, for example, there was a bronze bowl of traditional dumplings erected beside a wooden spoon. Now, I ask you: Do they really need to go to such great lengths to remember what they like to eat?

As previously mentioned, I was suspicious of all those statues. Moscow, however, convinced me of the importance of making things larger than life. Indeed, though at times I felt as if I were walking through a city inhabited entirely by giant, bronze citizens, there wasn’t a moment when I couldn’t hear all of their hearts beating out the events of their collective history. But equally loud were the modern heels of Moscow’s women and the whoosh,whoosh of long coats taken up in gust of wind erupting from metro stops along the cities main arteries.

This same feeling of mixing worlds stayed with me in Moscow. On our first day, I had the best vegetarian food I’d had all year at Avocado Café near Chisty Prudy metro. The creamy butternut squash soup and a dark, green salad made it easy for me to imagine myself sitting at one of those American eateries where Health Food reigns. Sitting here now, in my small Ukrainian village, the memory of such freshness is almost too much to bear. Later, for dinner, we had an outstanding Uzbek pilaf with two kinds of meat and I was riding bareback through Central Asia, in a Persian lamb’s wool cap to save me from the scorching sun. 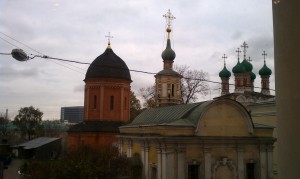 As a first time visitor to Moscow, I don’t doubt that there are plenty of things I missed; but what I’m sure of is that it is a city worth seeing from both the highest and the lowest geographical points. It’s a city where history and modern life bump up against each other as often as passengers on a trolley car; sometimes one takes notice and apologizes for the intrusion but, most often, each passenger continues on silently toward wherever it is they call home, not noticing the collision of ancient and modern worlds at all.

"I'm Looking for a Safe House"

To date, EntertainingYourself.com has had visitors from over 100 countries on 6 continents around the world (still nobody from Antarctica – but hope springs eternal). We LOVE it and WELCOME all of you! Thanks for stopping by and ENTERTAINING YOURSELF with us.
How I Chose My College – Or How It Chose Me