In the past week I’ve overheard two different conversations (in two different states) by people thinking about adopting a kid – or two or three. But these “kids” have four legs and appetites for grass!   Apparently, somewhere in our cultural trending goats are becoming all the rage.

And we here at EntertainingYourself.com are taking credit for their rise in popularity!  In June of 2010 – among our earliest publications, one of EY’s first and highly entertaining contributors, Will Kennedy, posted “Don’t Knock It” – a tale about his goat loving family, spurred by his own kid sister.

Apparently, (based on what was overheard around the dinner table) one reason goats are catching on in popularity is that they are a “green” substitute for mowing the lawn.

But they also produce some delicious milk that can be substituted for cows milk and used for all sorts of recipes.  Fear not – in December 2010, Will provided all the advice you’ll need in  The Zone and the Art of Goat Milking.   The story, which included a short video, was so popular, that we asked him to produce a long version showcasing the hilarious details about How To Milk A Goat!  These kids are truly entertaining!

So now, thanks to a little digging into the EY archives, you can make an informed choice before adopting your new kids. 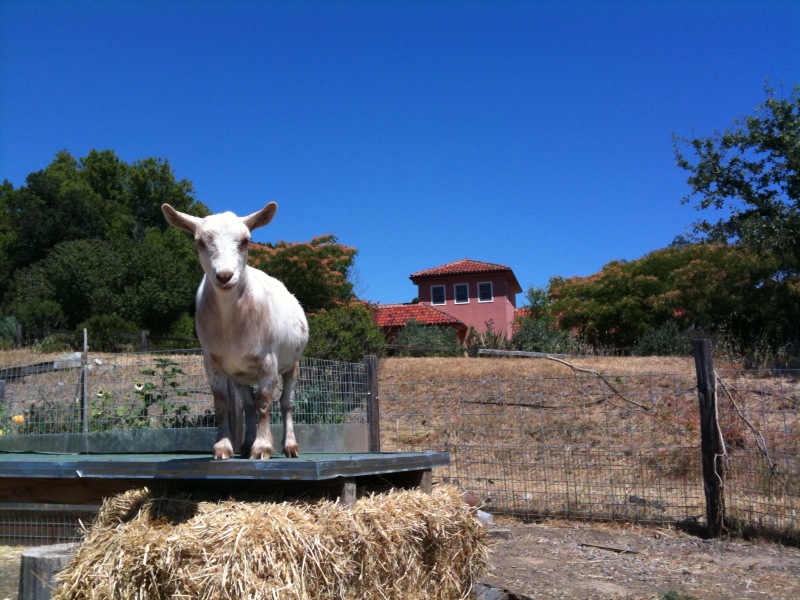 The new kid on the block

The Zone and the Art of Goat Milking

How To Milk A Goat
0 replies

To date, EntertainingYourself.com has had visitors from over 100 countries on 6 continents around the world (still nobody from Antarctica – but hope springs eternal). We LOVE it and WELCOME all of you! Thanks for stopping by and ENTERTAINING YOURSELF with us.
“I’m Looking for a Safe House”